Political Yard Signs: When Your HOA Can Tell You to Take Them Down

By Dona DeZube Ah, November! The month when Americans put up political yard signs hoping to sway their neighbors' votes -- until the community association tells them to get those signs out of the yards. If you're one of the more than 60 million Americans -- about 1 in 5 U.S. residents -- who live in a homeowners association, condominium community, cooperative or other planned community, you might not have the right to use your yard to proclaim your political views to passersby. The homeowners associations that limit or even ban political signs aren't trying to restrict your First Amendment rights. They just think it's more important to have a tidy-looking street than to know which candidates the neighbors prefer. My neighbors down the street, who have nine yard signs, would clearly disagree with any limits. Their front yard features three signs from each of three candidates. State law also comes into play in this issue. Some states prohibit community associations from restricting political signs. Others say HOAs have to allow signs, but can restrict them (for example, saying you can put up a sign 45 days before and seven days after an election and it can't be bigger than 2 feet by 2 feet), says Frank Rathburn, spokesperson for the Community Associations Institute. In states without rules on political signs, homeowners associations can do what they want without breaking state laws, but there might be local laws they must follow, Rathburn says. I think the reasonable restriction route is the way to go. I wouldn't like it if my yard-sign-loving neighbors put up three of those billboard-size signs for a bunch of candidates and then left the signs up for months. I especially wouldn't like it if I were trying to sell my home. I'm sympathetic to those who disagree with me, though. So if you want to fight to keep your lawn sign without restriction, try these tips: 1. Read your association's governing documents to see what they say about signs. 2. If the HOA rules say you can't have a sign, check your state law by doing a Google search using "political signs [state name]" or "rules for yard signs [state name]." Your state may prohibit the community association from messing with your sign. 3. If there's no state protection, check to see if your city, county or other local jurisdiction has laws about yard signs. The First Amendment Centerfollows recent cases on yard signs, so you can check there, too. 4. If the HOA rules prohibit yard signs and there aren't any state or local laws protecting your sign, take it down for now. You've agreed to live in the association and follow its rules, even rules you don't like. Then, try these next tips to change the rules. 5. Go to a board meeting and ask the board to allow political signs on a limited basis next year. Resist the urge to call the board "First Amendment haters." 6. If the board refuses your request, shore up your friends and supporters and run for the board on a First Amendment slate. You can work to change the rules when you're in charge. 7. Willing to kiss a big bunch of cash goodbye? Hire an attorney to file suit to make the community association change the rule. If you have no cash to spare, talk to a free speech advocacy group such as your local ACLU. 8. Write your state legislator to suggest passage of a yard sign protection law. Given that they're the recipients of all the yard sign glory, you might find an ally for your cause. Oh, and once you get to put up signs, don't forget to recycle them. 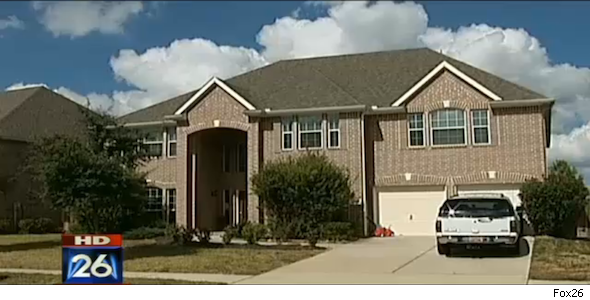 One reason why a thorough inspection is necessary before moving into a home? It could reveal that the property used to be a massive marijuana grow house. But the Edgel family wasn't thinking in those terms when they moved from Utah into a house in Cypress, Texas. They didn't know the backstory: The home was involved along with 50 others in a massive drug bust by the DEA. Another home swept up in the sting belonged to Dana Nance who, as AOL Real Estate reported in August, unwittingly rented the home to a marijuana grow operation. Christy Edgel told TV station KRIV in Houston that shortly after her family moved into their well-maintained, 4,000-square-foot rental home, they started to get sick. 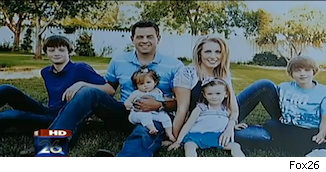 "My eyes were burning. My throat was burning. My chest felt heavy," Edgel said. "Then I became very congested. My youngest daughter started getting green goop in her eyes, and she would cough until she threw up." Edgel quickly discovered mold growing all over the house, including on the air vent above her daughter's crib. Though their neighbors knew, the Edgels had no idea of their home's notorious past. "We never would have dreamed there was an organized crime ring growing marijuana here," Edgel told KPRC-TV in Houston. %Gallery-123614% Under Texas law, landlords must reveal if a home was used to manufacture crystal meth -- but they are not required to reveal whether a property was used as a marijuana grow house. According to KPRC, the Edgels recovered their deposit from the homeowner and all of the rent they had paid. They are still looking to get reimbursed on moving costs. Believe it or not, things could have been worse. A family in Washington who got sick after moving into their new home had to tear it down when they found out it had been used to produce crystal meth. And in case you're worried about grow-houses in your neighborhood, here's how to tell if you're living next to one.

"They are knowledgeable professionals who look out for our best interests. They find the right tenant and are available at all times and answer questions promptly. I recommend Goodman Real Estate Group to anyone who is looking for a property manager in the greater Dallas-Fort Worth Area."